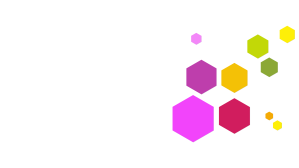 Today, the pro-democracy protest movement that began to put down roots in Egypt’s public life on January 25, 2011, at Midan Tahrir (or Liberation Square) in central Cairo, not only continued its expansion across the capital and throughout the nation, but achieved one of its major political aims: the resignation of Hosni Mubarak, who had ruled as an authoritarian strongman for thirty years, without ever lifting the emergency laws that allowed him to crush dissent and marginalize political opposition.

February 11, 2011, must be remembered as a day when human decency and justice won out over the arbitrary acts of autocrats and torturers. Today must be remembered as a day when the idea that the only legitimate government is one that is formed with the consent of the governed was again affirmed by a diverse and impassioned political center demanding basic respect for fundamental values and the ethical treatment of all people.

The people of Egypt deserve a government that considers the interests of ordinary Egyptians, as those interests actually exist and not in the abstract realm where chauvinists like Mubarak have learned to equate themselves to the welfare of the nation. They deserve a government that is accountable, and that wants to be accountable, to ordinary Egyptians.

They deserve, in short, a government worthy of the exemplary performance of civic virtues and shared humanity the pro-democracy movement has so ably and so nobly shown. Independents of Principle is an experiment, designed to explore the ways in which disparate political factions might come together to find common ground and to forge a better future, by cooperating constructively or by putting the principle of service ahead of the perceived value of one’s own factional interests.

It is inconceivable to radicals, conspirators and hardliners, that such constructive cooperation could come to exist, but we believe it is possible. We need only look as far as the images from Tahrir Square, showing Christians standing guard to protect Muslims at prayer, last week as the protesters came under ferocious attack, showing Christian and Muslim leaders embracing and calling for an end to tyranny, showing well-to-do business executives joining young students and working-class strikers, women young and old, children and grandparents, secularists and religious parties, joining together to call for justice and democracy.

We need only look as far as Tahrir Square to see the power of a unifying agenda rooted in the basic principles of human dignity, human freedom and fundamental fairness. If we believe it is possible, even necessary, to secure ourselves against the perils of a world in which arbitrary abuses threaten personal liberty… if we believe it is right to find common cause and to look for unity, even with those who think differently… if we believe democracy is better than dictatorship and dysfunction, then we need to learn that each human mind is independent in the political sense, free to think and to shape the world and to carve out a landscape in which what is dreamt in the best of ourselves may become possible.

Independents of Principle will attempt to participate in this dialogue, implicit in everything we do as a society, wherein we converse not only with those we agree with, not only arguing with those who hold other views, but wherein we are able to see beyond barriers, across divides, and make new ground, where cooperation is possible and is celebrated as service to something of immediate worth and lasting value.

The mission of this project will be to give voice to that inner sense of possibility, that affirmative pragmatic energy, that call to be better than we are when at odds, to find a way to outsmart the corrosive trends in our political discourse and to build a future in which corrosive trends are simply no longer relevant to our politics. We cannot do this with a website alone, but we undertake the task of speaking about these new possibilities, this third way, because in fact, it is something we all, implicitly, desire, and it is, ultimately, possible to do better than our worst.

The work is to reason and to reason ably and with honorable intentions, to show the way to a more constructive, more open democratic future, at home and abroad.