The year is 2013. The world did not come to an end in the last month of 2012, as so many had feared. Cynicism and existential terror have not won the future. It is Martin Luther King Day, three weeks to the day after the 150th anniversary of the Emancipation Proclamation—which declared in the gravest … END_OF_DOCUMENT_TOKEN_TO_BE_REPLACED

The Bipartisan Policy Center has found that if there is no agreement to raise the debt limit by August 2, the Treasury Department would fail to pay 44 percent of its obligations. That 44 percent of government spending, over a year, is equivalent to a real decline in GDP of 10 percent. The number is that high because the Treasury Department has been making fiscal adjustments since March, in order to stave off default. Those adjustment have been pushed as far as possible and cannot continue to push back the deadline, beyond August 2.

END_OF_DOCUMENT_TOKEN_TO_BE_REPLACED 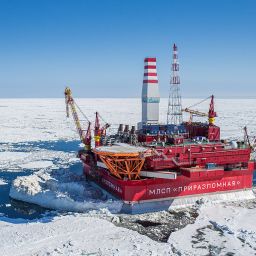 Russian president Dmitry Medvedev has called for sweeping political and economic reforms, designed to make Russia a modern, advanced democratic society. In his state of the nation address, Pres. Medvedev said Russia needs to evolve from being a “primitive” economy based on raw materials and natural resources to an advanced economy based on unique innovative human knowledge.

He also said the new Russia needs to be one of “intelligent, free and responsible people”, not one where political bosses dictate policy. He said Russia’s very survival required overcoming a “humiliating dependence on oil and gas”, leaving behind the authoritarian infrastructure of Soviet-era industry and power.

END_OF_DOCUMENT_TOKEN_TO_BE_REPLACED

At 10:59 pm Saturday evening, a 15-minute vote was called. Members of the House were then to vote yea or nay by electronic device. By 11:01 pm, the vote was 197 to 184 and moving quickly. The vote tally will not be final until the Speaker drops the gavel to close the vote. By 11:03 pm, 36 Democrats had voted against the measure, making the special Saturday vote a case of high legislative drama.

At 11:05, there remained fully 10 Democrats not having cast their vote, with rumors that one or two Republicans might also “defect” and join the Democratic majority in voting for passage. At 11:07 pm EST, the tally of yea votes reached 218, the threshold necessary to pass the comprehensive healthcare reform bill. The voting would remain open for 15 minutes, allowing for the possibility of a change in one or more votes.

END_OF_DOCUMENT_TOKEN_TO_BE_REPLACED

Pres. Obama used his prime-time press conference last night to dive straight into the fray on healthcare reform, pledging commitment to bold action, demanding cost-cutting measures and promising to bring affordable coverage within reach of all Americans. He did not specify if he wanted an “individual mandate” that all Americans buy into one plan or another, and he did not promise that no insurer would be allowed to deny treatment under any circumstances.

But since we’re talking tough and being straightforward about what constitutes success and failure, it must be said: any amount of leeway for insurers to deny coverage or to limit treatment options will be a failure for the healthcare reform movement. Insurers are not substitutes for doctors and hospitals; they are insurance companies and payment systems, and that is all they should be involved in: they should have to survive without the market being rigged through allowances for denial of coverage and denial of care.

END_OF_DOCUMENT_TOKEN_TO_BE_REPLACED

The Congressional Budget Office (CBO) reported last week that the healthcare plan currently being debated in Congress would likely cause federal expenses related to healthcare to increase. But it did not report that the plan would cause average per-patient costs to increase across the entire healthcare market, as opponents of healthcare reform are alleging. In fact, that philosophical point has not been disproven by any budgetary analysis to date.

Douglas Elmendorf, the CBO director, told Congress last Thursday that reform proposals currently under consideration would likely increase costs for the federal government. He never said they would fail to bring costs down across the market as a whole; nor did he, for that matter, comment on whether the federal cost increases would materialize if costs did, in fact, come down in the marketplace.

END_OF_DOCUMENT_TOKEN_TO_BE_REPLACED

Pres. Barack Obama has proposed a national high-speed rail program that would develop eight to ten regions for high-speed rail (currently, only the so-called northeast corridor, running from Washington, DC, to Boston, through Baltimore, Philadelphia and New York, has a regular high-speed service), as part of a phased-in long-term economic recovery plan. The rail project comes into play also as part of Obama’s plans for a comprehensive energy-sector overhaul, aimed at reducing carbon emissions.

The high-speed rail project is perhaps one of the least adequately reported components of both economic recovery and energy infrastructure overhaul plans, but one of the most vital and thoughtful. A successful implementation of 10 high-speed rail “regions”, in the most densely populated areas of the country, would provide a platform for major innovations in transport and energy sourcing.

END_OF_DOCUMENT_TOKEN_TO_BE_REPLACED

EMPATHY IS NOT PREJUDICE: it is the ability to imagine the point of view of the other. Without this ability to engage in thoughtful outreach, beyond one’s own personal realm of experience, and empathize with the human situation of the other, no jurist can begin to understand the human meaning of the arguments made in their court, and objectivity remains wholly beyond their reach. Empathy is not sympathy.

Sympathy means feeling what the other feels, experiencing grief at the other’s grief, loyalty in kind with the other’s loyalties, taking sides; empathy is the ability to comprehend the meaning of another’s experiences, and does not entail adopting or sharing the other’s views. Empathy for a judge means the ability to see how both parties arguing before a court could arrive there based on legitimate human experiences and assertions about the protections and provisions of the law.

END_OF_DOCUMENT_TOKEN_TO_BE_REPLACED

Pres. Barack Obama praised African community values and called Africans to transcend conflict and promote government from the ground up and peaceful transfers of power, democratic values and international cooperation, in his first presidential visit to subsaharan Africa. Addressing Ghana’s parliament in Accra, Obama outlined US policy toward Africa and said endemic conflict was holding back African development.

The US president said he had called for $63 billion in US spending for health initiatives across the continent, including money to fight malaria, polio, tuberculosis and HIV/AIDS. Disease and conflict have devastated the population of Africa, reducing life-expectancy in many countries to under 40 years. Of the 27 nations with life-expectancy under 50 years, 26 of them are in Africa (Afghanistan is the other). Life-expectancy in Ghana is just under 60, a fact which underscores the positive quality-of-life gains that can emerge from peace and rule of law.

END_OF_DOCUMENT_TOKEN_TO_BE_REPLACED

The Global Carbon Capture and Storage Institute (GCCSI) was announced in L’Aquila by Australia’s premier Kevin Rudd. The GCCSI amounts to a global intergovernmental effort to produce state of the art carbon capture projects to sequester and store carbon produced by industry in the period leading up to a zero-emissions energy infrastructure. Rudd unveiled the project at the Major Economies Forum on Energy and Climate, convened by US president Barack Obama alongside the G8 summit of leading world economies.

The Australian prime minister described the GCCSI as a “rolling global clearing house” for cutting-edge technologies that can speed concrete carbon-capture and storage (CCS) solutions to market across the globe, helping to reduce the greenhouse effect of burning carbon-based fuels. 23 governments and 100 private companies have already joined the initiative, in hopes of supporting best-practice technological innovations that can help combat climate change and ease the cost of transitioning to a clean energy model.