Access to the internet must be a basic human right, across the globe, for a number of reasons. First of all, legitimate, transparent democratic processes of government require in today’s world that information flow freely and that citizens be empowered to share information and to find information, according to their choices and their needs.

Socio-economic barriers to such free flow of information are just another kind of information control that establishes dangerous demographic stratification into privileged and marginalized groups. Governments across the world are using web filtering technologies to censor the information available to their citizens and crack down on dissent.

END_OF_DOCUMENT_TOKEN_TO_BE_REPLACED

Natalya Estemirova, from the Russian human rights organization, the Memorial Human Rights Center, was kidnapped today while leaving her home in Grozny, the Chechen capital, and later found dead. She reportedly shouted to bystanders “This is a kidnapping!” No one was able to intervene, as four armed men grabbed her and put her into a white automobile.

Estemirova, who had worked with assassinated investigative reporter Anna Politkovskaya and was a winner of the Anna Politkovskaya Award, was a vocal critic of the Chechen president Ramzan Kadyrov, who is accused of widespread human rights abuses, political killings and war crimes. Russian authorities, from the Putin era and into the Medvedev era, have refused to fully investigate allegations against Kadyrov, preferring to cast him as a patriotic hardliner unwilling to let Chechnya secede from the Russian Federation.

END_OF_DOCUMENT_TOKEN_TO_BE_REPLACED 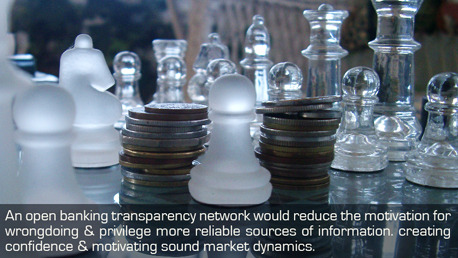 With capital vanishing, nearly $7 trillion in stock losses in just a few months, and banks refusing to lend even the tens of billions they were given precisely to lubricate the lending process, we are facing a crisis of confidence and an inability to conceptualize shared interest. The idea that self-interest motivates markets somehow developed, irresponsibly, into the idea that self-interest is more important than the functionality of market dynamics.